Many actors and Actresses live in a “Bubble”. 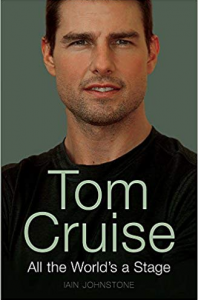 Normalcy in their world is bizarre to our lives, and they have to deal with the “Harvey Weinstein’s” of the world, and financial pressures, fan adoration (or scorn), while trying to be a world class actor. Many are juggling multiple relationships, with ex’s, co-stars, children, relatives, their manager, and agents. Some with good intentions, some bad. All have to be evaluated. Add possible addiction issues, co-dependence, ego, and drama. And you wonder why they have Capricious behaviors??

Some articles from the internet:

But there is Hope:

15 Stars Who Came Back From Huge Meltdowns – Screenrant
Going Off Script: How I Survived a Crazy Childhood, Cancer, and Clooney’s 32 On-Screen Rejections – Storm Large on Amazon  books

I can’t pretend to know any of the backstory to these articles, or how much the truth has been stretched (celebrity meltdown = Clickbait) for advertising revenue. So take it at face value, and know that it is Hollywood.  Capricious behaviors may be too mild a term; The relentless drive for fame and celebrity may have actors, like lemmings, diving off the Hollywood hills en-masse!  (As long as the Paparazzi and ET are there to cover it). 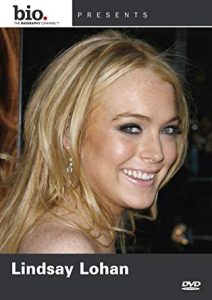 Most Famous Celebrity Meltdown, Vol. 2: Lindsay Lohan, from the Cute Freckle Child Star in the Parent Trap to Jail Time and Rehab)] [Author: Dakota Stevens]
Everyone’s Crazy Except You and Me…And I’m Not So Sure About You: America’s Favorite Contrarian Cuts Loose – Amazon

In the Hollywood world, where crazy is normal and fame elusive, the pressures on Actors to be “what the studios, fans, and management want” can be enormous (and enormously conflicting). This creates people who are out of sync with what we consider a normal life. Did I mention that the paparazzi are always stalking them too? It is surprising that even more actors don’t succumb to the relentless pressure.

” I’m not crazy, I am only rehearsing my lines” – eBay
Nick Nolte – Crazy?

Keep reading the tabloids at the supermarket, it is the barometer of crazy for us average, non-actor people to observe.  (Pro tip: look for the longer line, so you can actually take a magazine of the rack, and read it until you get to the register).  It’s how I got my Hollywood and Celebrity education. Really.  Ask my fans….