I am a fan of Daniel Craig and the James bond Movies. My is hope is that he moves on – he plays Bond with such a serious demeanor that it can detract from the film. He is also a transitional Bond – standing watch as the digital age overtakes the traditional trenchcoated spy.

Daniel Craig as agent 007 in the opening scene of Spectre – in Mexico City during the “Dia de Muertos” (day of the Dead) celebration. 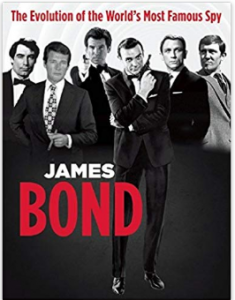 James Bond: The Evolution of the World’s Most Famous Spy, from Amazon Books

Thanks for reading this, I hope you found my point of view enlightening – feel free to share!