Skip to content
Actors are usually paid Union scale, sometimes more (if you have a good agent) and sometimes less (non-union work). Well-known actors may also be compensated based on their draw (fanbase and box-office numbers). 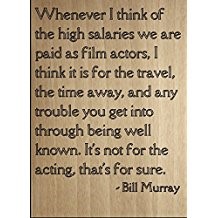