When we have tough choices when interviewing people for leadership roles.  It’s easy to play armchair quarterback, especially after the fact.  You have to wonder if a blockbuster, experienced predator killer like Dutch would have been better in Aliens than Ripley, thrust into the role by corporate circumstances.  She transforms from a woman just doing a job to jousting with the a species determined to use every other species (specifically humans) as a means to procreate.

Sigourney Weaver as Ellen Ripley in Alien
Alien benefited from Sigourney Weaver’s vulnerability and inner strength in the Alien movies. Arnold Schwarzenegger, Already a blockbuster, “Kick-Ass” movie star, would have done a good job, but we already expect him to be a “super-tough bad-ass” alien killer.
The closest example is Arnold in “Predator”. 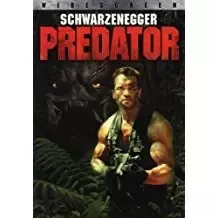 Arnold in “Predator” – Amazon
I am a big Arnold Schwarzenegger fan, but I don’t think he would be a better Ripley.
But wait, there is MORE-
Sigourney Weaver has a feminine sensitivity that Arnold just Muscles through.  He is a Juggernaut of pure horsepower, while Ripley is more emotive.  Both are effective in their roles, and accomplished actors.  In my humble opinion Arnold would be obviously miscast in Alien, or the picture would have to be re-structured for his acting persona.  Likewise, Sigourney would not have the comic presence of Arnold in “True Lies“.  Think about it.
Thanks for reading my blog!  Feel free to Like, Upvote, and Share!
Last Word, Delivered by the Governator:
Arnold on Hatred in the US

This link is to Arnold’s Incredible story, (Book on Amazon)