Skip to content
While there are subjective opinions on who the most over paid actors are, the one metric that is most telling is how the box office take relates to the actors pay. This separates the highly paid actor with good box office from the overpaid actor producing poor box office numbers.
Forbes has done some really good work on this:
Chris Evans Is Hollywood’s Best Actor For The Buck In 2016 – Forbes

This 2016 list does not mean that these actors were overpaid in prior years; Forbes measures it year-by-year. Some actors have a few great years, then get cast in stinker roles that diminish their box office draw, and reduce their value to the profitability of the picture. It does not mean they are “bad” actors, just not bringing in more dollars than they cost.

Hollywood’s Most Overpaid Actors 2017 – Forbes
The real question is WHY? why do these overpaid actors keep getting work? I found some websites that attempt to answer this very question, on a “case by case” basis:
5 Reasons You Never Realized Why Good Actors Make Bad Movies – Cracked
It also has to do with How Movie Stars Get Paid – Gawker

We can clearly see how actors salaries are a clear metric we can use in determining their value at the box office, and “overpaid” can be more than just an opinion, it comes with measurable numbers behind it.

These guys may have the last laugh: 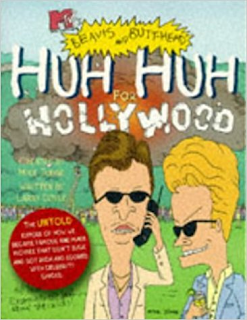 “The principal benefit acting has afforded me is the money to pay for my psychoanalysis.” ―Marlon Brando -(Source/Notes: Marlon Brando: The Only Contender, Gary Carey (1985), Ch.13)

Here’s hoping your acting career has you laughing all the way to the bank!

Thanks for reading my Blog – Feel free to share!

NOTE:  This is not a “dig” against your personal favorite movie star or film, it is just a way to determine if an actor is overpaid by comparing their salary to the box office.  I am a fan of most of these actors and wish they will be off this list too!